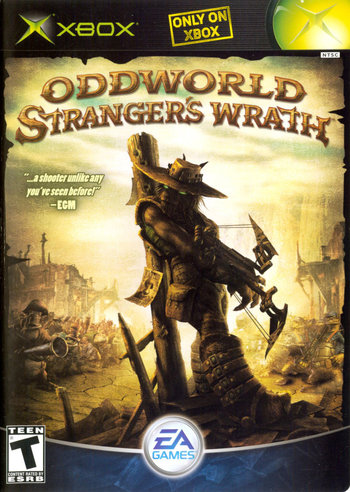 "Dead or alive, your ass is coming with me."
Fierce is the Spirit of Her Waters
She creates us, binds us - Flows in us
The Fool who dare enslave Her
Beware She wash his life away
—Native Grubb Proverb
Advertisement:

It was originally released for the original Xbox in 2005 and was later ported to other systems over the years such as the PlayStation 3, the PlayStation Vita, the Ouya, Windows (through Steam), iOS, Android, and the Nintendo Switch.