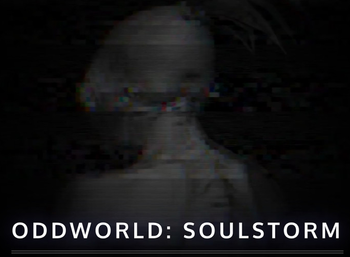 Oddworld: Soulstorm is an upcoming Platform Game developed by Oddworld Inhabitents, and the sixth entry in Oddworld, slated for release in 2020. It will be a re-imagining of Oddworld: Abe's Exoddus as it was originally envisioned, as opposed to a straight remake like New 'n' Tasty was for Abe's Oddysee.