He Knows Too Much
aka: You Know Too Much 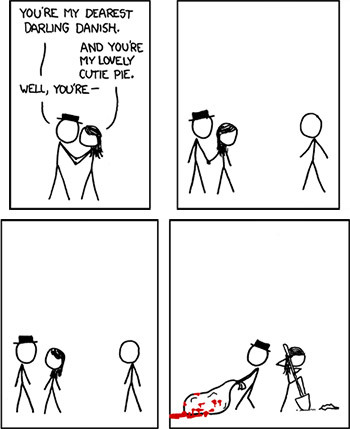 Or perhaps they knew he was there, and were just trying to torment him first.
"Money buys a man's silence for a time. A [crossbow] bolt in the heart buys it forever."
— Petyr "Littlefinger" Baelish, Game of Thrones

Shredder says this word-for-word after having Stockman build him a Mouser master control, and sends his Foot Soldiers to do the dirty work.

Shredder says this word-for-word after having Stockman build him a Mouser master control, and sends his Foot Soldiers to do the dirty work.