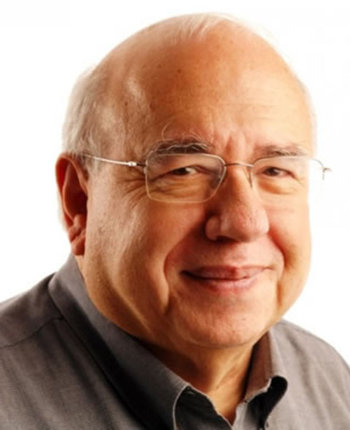 Luis Fernando Verissimo (born September 26, 1936 in Porto Alegre, Brazil) is a bestselling Brazilian writer, though little known abroad. He rose to fame in the 1970s, mastering a genre named "Chronicle": weekly or daily columns in a newspaper, ranging between humorous political commentary and witty short stories about daily urban life (as opposed to the historical narrative implied by the word in English).

Since then, he has published 40 books of short stories and newspaper columns, 7 novels and 15 comic books. In the meantime, he also plays the saxophone in Jazz 6, a sextet of five players. His father, Érico, was an important figure in Brazilian literature, having written many classics, most notably the epic trilogy Time and The Wind.

Usually his work is aimed towards a middle- to upper-class audience and has a distinctive left-leaning appeal. This includes Slice of Life stories, genre fiction parodies and observational humor. A few stories do, however, take a turn for the dark, leading to a classic case of Cerebus Rollercoaster.

In his short stories there are examples of:

In his novels there are examples of: