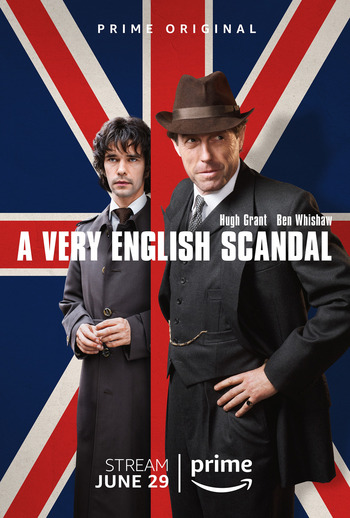 A 2016 non-fiction novel by the journalist and novelist John Preston, it details the Thorpe Affair

, a British and political sex scandal that took place over the 60s and 70s.

Jeremy Thorpe, the leader of the Liberal Party and Member of Parliament, was alleged to have carried on an affair with Norman Josiffe, at the time a young stable hand. The consequences of the affair to Thorpe's political career, coupled with the fact that homosexual acts were illegal at the time, threaten to come to light when the scorned and abandoned Josiffe (later known as Norman Scott) seeks retribution for Thorpe's actions, including what he views as societal sabotage when Thorpe refuses to help him procure a new insurance card. When Thorpe and his associates fail to shut Norman up, they turn to darker means to try to silence him, leading to disastrous consequences.

It was adapted into a critically-acclaimed television series in 2018, with the first season written by Russell T Davies, and starring Hugh Grant as Jeremy Thorpe and Ben Whishaw as Norman Scott. Both received raves for their performances, with Whishaw earning a BAFTA, Critic's Choice Award, Golden Globe and Emmy.

The book and series provides examples of: