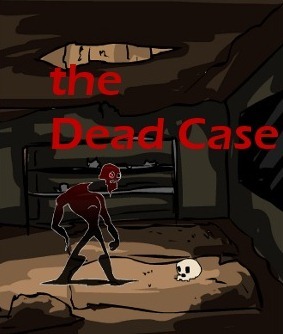 It was dark. Very dark. But then, you'd expect that in a coffin, wouldn't you?
Advertisement:

is a Point-and-Click Game mystery game by Zachary Shaffer, released on Newgrounds on June 7th, 2004.

You play as a ghost who is is trying to solve his own murder after losing his memories in death.