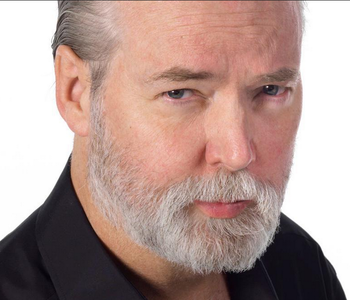 Canadian (Vancouver) author, designer and visual artist. His early novels feature characters struggling to come to terms with the conditions of post-modern life, whereas later works tend to be comic and use Refuge in Audacity plot twists.
Advertisement:

Advertisement:
Works as a whole
Girlfriend In A Coma
Player One
Shampoo Planet