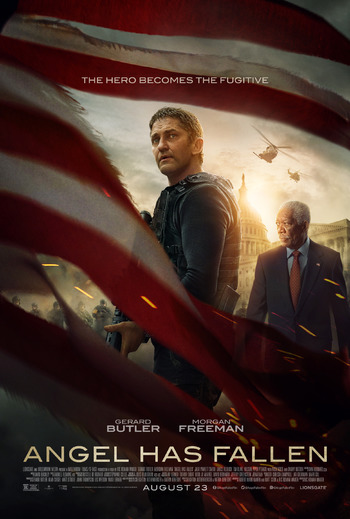 "Don’t you see that I’m being set up?"
"The President’s not safe. They’re going to try and finish the job. I am not going to stop until I prove who did this."
— Mike Banning
Advertisement:

After the events of the previous film, Secret Service agent Mike Banning has been framed for an assassination attempt on President Trumbull. Now on the run from both his own agency and the FBI, Mike must race against time to clear his name and uncover the real threat within the country.

Angel Has Fallen contains examples of:

"It’s our moments of struggle that define us."