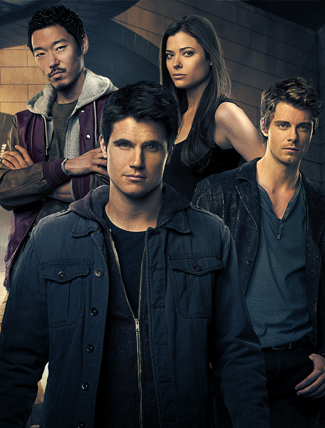 "We're called Tomorrow People, and we didn't choose the name, I swear."
Advertisement:

The second reboot of the popular British sci-fi drama from The '70s, this version debuted on The CW in October 2013. It was not picked up for renewal for a second season.

Stephen Jameson (Robbie Amell) thinks he's mentally ill - he sleepwalks, he hears voices that shouldn't be there, the works. As it happens, he's really part of a genetically enhanced new species, and they're being hunted by Muggles who fear them and their psychic powers. So what's a poor young Tomorrow Person to do? He joins Ultra, the very team that's hunting his kind, as the inside man for a small underground movement of renegade young Tomorrow People forced to live on the fringes as society has rejected them.

Has a character sheet that needs some attention.