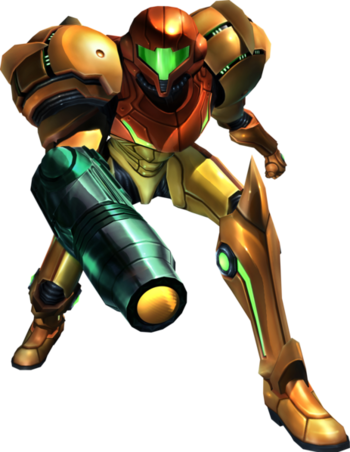 "Oh, my god! Samus is the greatest character I've ever seen in my life! She's a bounty hunter, but she doesn't get money for catching people. She gets glowing purple orbs that make her all better after she gets hurt, like a band aid, a band aid from the future! And she has this suit of armor with a gun on the end. It's like a laser, but..."
Characters from Video Games that are just that... totally... Awesome.
Advertisement: