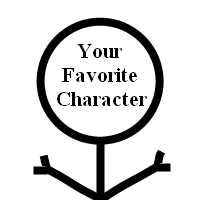 "Oh, my god! That is the greatest character I've ever seen in my life!"
Advertisement:

Sometimes, a character is just a walking, talking Moment of Awesome. He may not yet qualify for Magnificent Bastard but he is just so awesome! Well, here is the right place to tell the world about just how awesome your favorite character is!

NOTE: This is to gush about characters, not to bash people for not liking those characters.

See also Gushing About Shows You Like. Compare Ensemble Dark Horse, where a minor character has a huge fanbase. Contrast The Scrappy.