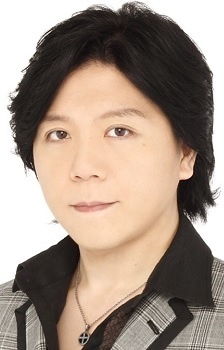 Roles are described when they are read...That's the way it should be.
Advertisement:

Noriaki Sugiyama (born March 9, 1974) is a Japanese voice actor born in Tokyo, affectionately known as "Non-tan" to his fans, he is best known for voicing mainstream anime male characters such as Sasuke Uchiha and Uryu Ishida. He tends to play characters who are at least somewhat eccentric, and may lean towards tsundere. His voice has a characteristic, slightly snooty quality. Despite this, he's actually a really nice guy in real life, and loves animals, especially cats.

he has been voted as the most suited male seiyuu to play tsundere roles. He takes the pseudonym "Kino" when performing for R-rated works.

These roles... it's of a SEIYUU! Noriaki Sugiyama!

Here I come, Tomokazu Seki. DO YOU HAVE ENOUGH TROPES IN STOCK?
No? ARIARIARIARIARI--Arrivederci!
Humph! I give tropes on my own free will! No one tells me what to do!