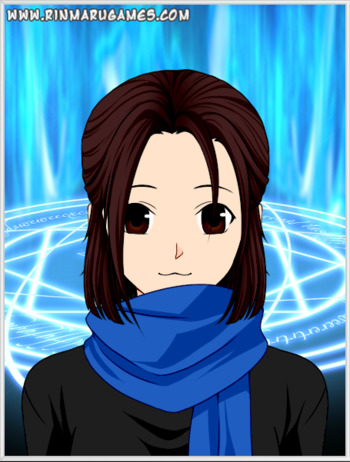 Me made in one of those avatar creator/dress up/whatever games.
Advertisement:

"There's no such thing as a painless lesson, they just don't exist. Sacrifices are necessary. You can't gain anything without losing something first. Although if you can endure that pain and walk away from it, you'll find that you now have a heart strong enough to overcome any obstacle. Yeah... a heart made Fullmetal."- Edward Elric, Fullmetal Alchemist.

Oh, hello. Surprised someone has stumbled upon this small page of a small Troper who hasn't really done much.

Well, how I got TV Tropes to ruin my life? That's a simple story. I found a link linking to here, and I started exploring this site, and I got addicted, and I ruined my life! Yay! I'm just a teenage idiot who managed to get here via google. Probably by mistake, too.

As for wiki articles work 'n stuff, I normally make small spelling corrections or place a trope or two. Just so people know.

For those wondering, here's a few personal things about myself. Well, it's just simple random stuff that doesn't really matter. I'll spoiler it just for fun.

open/close all folders
Advertisement:
Pages I started
Basically next to none at this point in time. Works:
Tropes that apply to myself:
Stuff I Like
Other stuff about me!
Some tropes I like.
Advertisement: