All pictures were made on Rinmaru by adtauthor22 and RosyMiranto18, the two main reviewers of the fic. 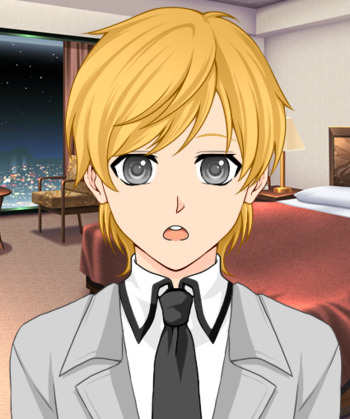 The main protagonist of the story. Branded an outcast by his peers after his parents died, he moved to Inaba with his godparents, who could only take so much pressure from it. After spending a decade in the small town, he heads back to Nuzoko, seeking a fresh start. However, a sudden turn of events leads him to face a mysterious phenomenon surrounding his hometown. 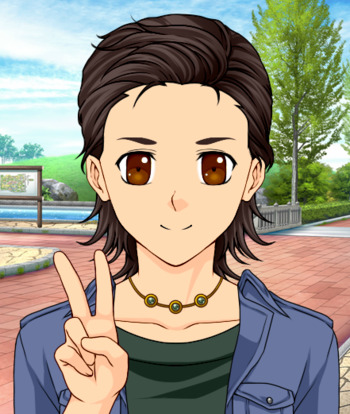 Arcana: I. The Magician
Persona: Loki

An old friend of Kazuhiko's, who he met about a month before he had to leave for Inaba. He stood up for him against a group of bullies, earning his respect. Ten years later, they meet again when Kazuhiko returns to Nuzoko. 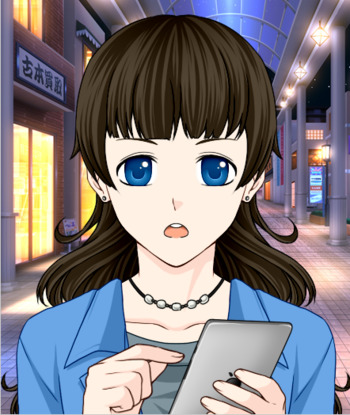 A third-year student at Kyuto High, who works part-time at the Masuhito Hotel. She shows Kazuhiko his room when she first appears in chapter 3. He later saves her from a couple of thugs hitting on her, for which she berates him for. She has a ton of admirers, but she doesn't seem to be interested in them. 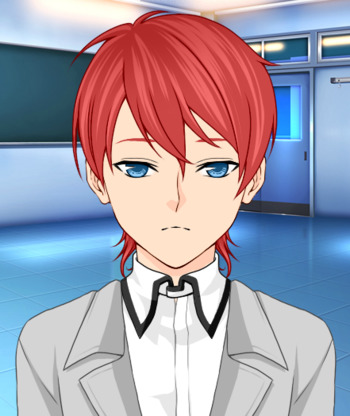 A mysterious man Kazuhiko and Johei meet while in the Mirror Dimension. Originally going by Hayabusa, he saves them from a group of Shadows in chapter 8 and leads them to Mikan’s Shadow nest. He has no recollection of his past and thought he was only a Shadow until recently. 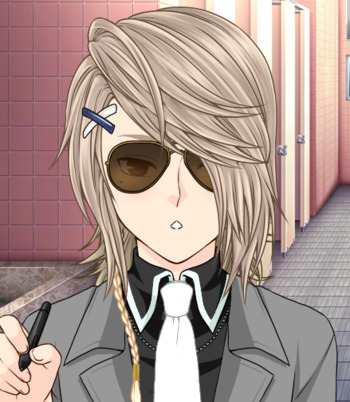 A foreign-exchange student from Norway, specifically Svalbard Archipelago. She is an art student who had a tumultuous relationship with her parents back home, and also Rika's only friend. She just held back at the Second-Year which makes her one grade below Rika and it puts her conflict to Rika's parents into a boiling point. 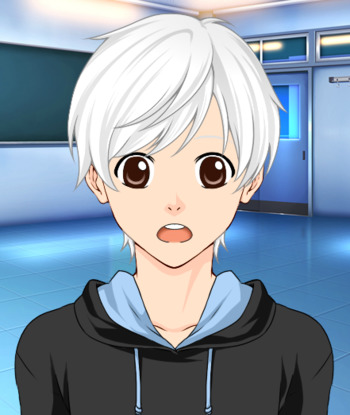 A former basketball team member at Kyuto High. He spent the past year hospitalized after his hands were injured. He lost his father several years and wanting to follow his footsteps in Basketball, but his weak hands combined with his injury means that his dream is drifting away by each moment. 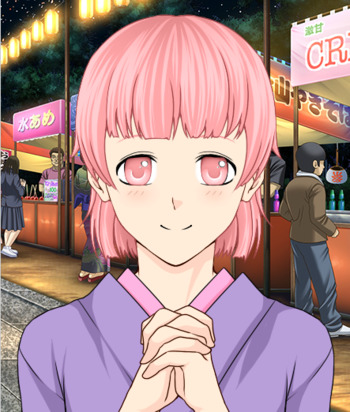 A First-Year at Kyuto High who jumped the class on one year before held back in the other. She's first introduced as a lesbian/bisexual Panty Thief stealing the girls in SPT, but it turns out, she has a lot of peril related to both her sexuality and her childhood friends. 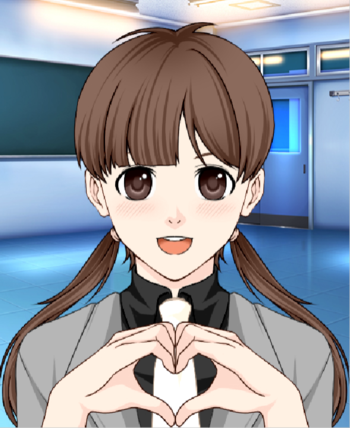 Yu Narukami's younger cousin and Kazuhiko's Childhood Friend in Inaba. She initially stayed at Inaba upon Kazuhiko's departure before she suddenly announced her Transfer to Kyuuto High in Chapter 24. It turns out that she joined Shadow Operatives in the period between Persona 4 and OLP, and she came to Nuzoko to keep an eye on the SPT.

Kazuhiko's Persona. The Norse God of Courage, he was among the main war gods along with Odin and Thor. While an obscure god at best, he's best known for his role in helping the gods bind the wolf Fenrir with the magic ribbon Glepnir. Fenrir realized what they planned to do and said that he would only allow them to do so if one of them were to place their hand in his mouth. Among them, Tyr accepted. After he was bound, Fenrir realized he couldn't break out, and bit Tyr's hands in a fit of rage.

Arcana: I. The Magician

The Persona of Johei Shiroka. The Norse God of trickery, and Odin's Blood Brother in the Mythology.

Mikan Echihiro’s Persona. A Jotunn and the Norse goddess of bowhunting, skiing, winter, and mountains.

Daichi’s two Personas. They are a pair of ravens who served as Odin's messengers.

The Persona of Iselin Bjorn. One of the Valkyries, she has been attested in Prose Edda as the daughter of Högni, as well as the wife of Hedin. She could revive the dead on the battlefield, which she used to help maintain the battle between her father and her husband.

After Iselin's Social Link is maxed out, Hildr evolves into Gertrude, the mother of the titular protagonist in Hamlet.

Yoichi Miryoku’s Persona. In Norse myth, he was known for his wisdom and knowledge, even being known as the god of wisdom. According to the Poetic Edda, he was beheaded during the Aesir-Vanir War, after which Odin carried his head around,

The Persona of Yuriko Ikebukoro. The sister of Sigmund, she's known for her incestuous relationship with him.

The Persona of Nanako Dojima. When she was awakened in response to Nanako's time in the TV world, she never had an actual physical form. For the past ten years, she was given the name Toyotama after the Japanese legend. When she fully awakens, she is revealed to be Sigyn, Loki’s wife.

A member of the Culture Club Kazuhiko befriends.

A Transfer Student from Portugal, he is a skilled Virtual Sniper whom Kazuhiko often meets at the local Arcade. However, there seems to be a darker depths underneath his sniping skills.

A janitor working at Kyuto. He seems to have a history with the school.

Arcana: X. The Wheel of Fortune

Igor’s assistant in the Velvet Room during Kazuhiko’s journey.

A graveyard keeper first encountered in Rika's Memorial who came off as a rude if not blunt. He had regular issues of repelling naughty kids trespassing into his cemetery. He's likely to be a Christian assuming that Rika's one as well and her grave is a Christian-specific one.

A boy working at the Masuhito Hotel, where Kazuhiko lives. Kazuhiko befriends him later on.

Arcana: 0. The Fool note It's unknown if she contained Death like her brother this time, which would made her Arcana Death as well
Persona: Eurydice

The former Co-Leader of S.E.E.S. along with her late twin brother, Minato. Now she came to Nuzoko to replace Mr. Ozuma who retired, and as a member of Shadow Operatives. It turns out that she's also the College Intern whom Kazuhiko and Johei treated like a sister.

The CEO of the Kirijo Group, and leader of the Shadow Operatives.

Nanako's older cousin and the leader of the Investigation Team.

Formerly a member of S.E.E.S. and possibly taking an Official Position at Shadow Operatives at this point, Ken came to Nuzoko to work as a waiter to the SPT's favorite Cafe and been keeping tabs of their activities since.

Known as the Detective Prince in her teenage years, she joined Yu and his friends to uncover the murder mystery in Inaba.

Arcana: XVII. The Moon and XIX. The Sunnote In Ultimax, Sho was the Sun, while Minazuki had the Moon.
Persona: Tsukuyomi

Arcana: XX. The World, XIII. Death, 0. The Fool note It's quite unclear which Arcana that she exactly had at this moment.
Persona: Thanatos
Harbingers of Death

A Member of the Harbingers of Death behind the Suicide Cases in Nuzoko, possibly its leader.

A member of the Harbingers the SPT encounter while trying to save Yoichi.