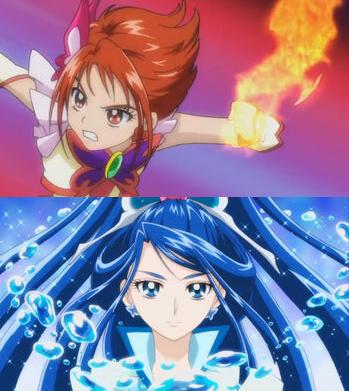 The curtains match the windows to the soul.
Advertisement:

Eye color means many different things in fiction. Sometimes, they mean someone is special, or has powers, or perhaps just innocent. One of the common uses of eye color is to indicate a person's elemental affinity. The actual colour correspondence to elements varies depending on the work as different colours align with the elements depending on the work. It's more important that the colour lines up In-Universe than to any out of universe list.

This trope is frequently paired with its Sister Trope, Elemental Hair Colors.