The character sheet for the Cartoon Network cartoon, Villainous. 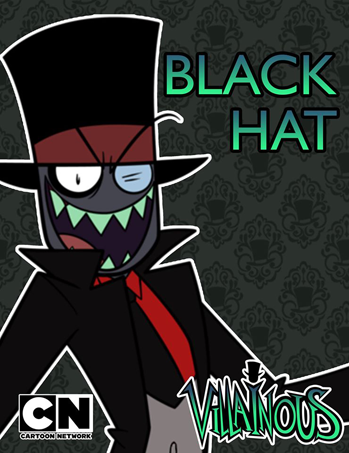 An ancient, immensely evil entity of unknown origin wearing a top hat, Black Hat is the CEO of the Black Hat Organization, a company that caters to supervillains and baddies of all shapes and sizes. However, his greatest weakness is his frighteningly short temper and his equally not-so-helpful minions somehow managing to push his buttons non-stop. 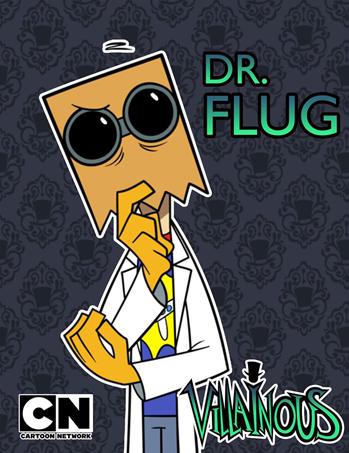 Black Hat's masked top scientist, and the one to suffer the most at the hands of pretty much everything. His real name is Kenning Flugslys. 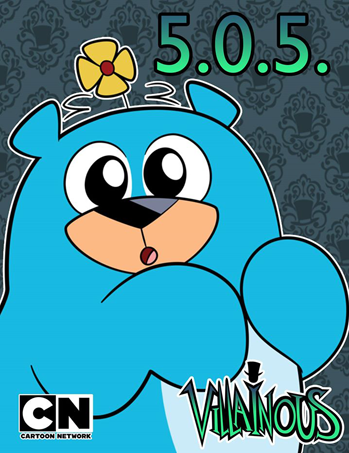 A failed attempt at creating a monster that turned out to be a friendly bear-like creature. Needless to say, he also isn't immune to Black Hat's wrath. 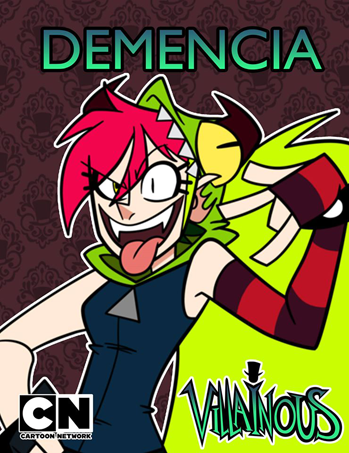 The narrator of Black Hat's Orientation videos and advertisements. 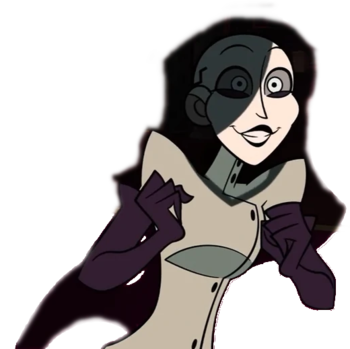 A supervillainess that wants to cover up the sun so it doesn't burn her alive. Constantly thwarted by Sunblast, she turns to the Black Hat organization for help in dealing with him. 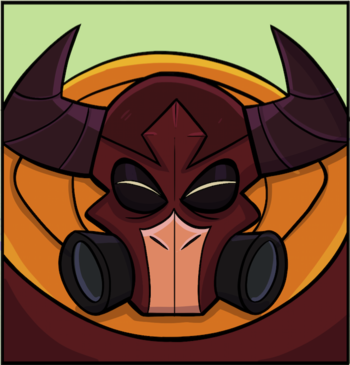 "Can I go see my family now?"
Voiced by: Diego Valenzuela (Spanish)

A professional villain infused with bull DNA and a client of the Black Hat Organization. 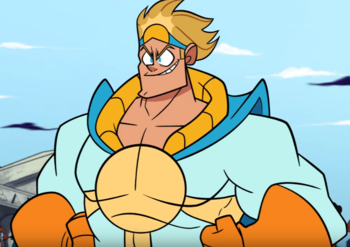 A superhero who is Penumbra's Arch-Enemy. 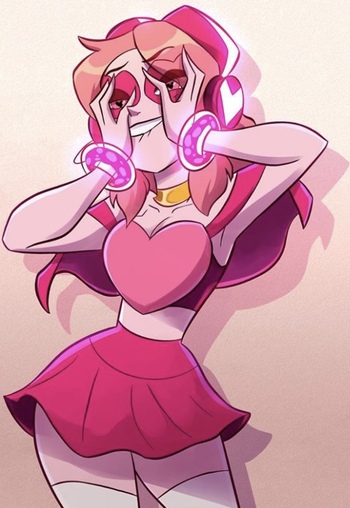 A superheroine and influencer revealed on Alan Ituriel's Instagram and TikTok. She is set to release her own perfume called "Suivez Moi."