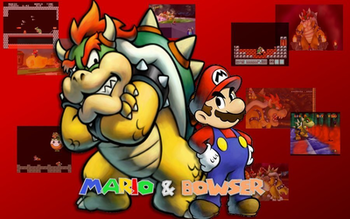 "You really wanna be my enemy? Just ask Mario how that's worked out for him!"
— Bowser, Fortune Street
Advertisement: