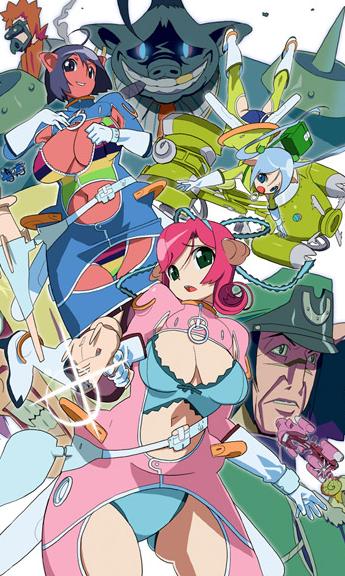 Muchi-Muchi Pork is a Bullet Hell Shoot 'em Up by Cave. The game is notable for being programmed by S. Yagawa, who also worked on many 8ing/Raizing games such as Battle Garegga and Armed Police Batrider.

General Pork Fillet, a military dictator from a faraway planet, is angry that people on Earth are starting to prefer eating beef instead pork. So, he launches a full invasion and turns a number of people into pig-people. Three heroines must pilot prototype flying militarized exercise bikes and stop him:

A region-free port for the Xbox 360 was released in a double-pack with Pink Sweets.