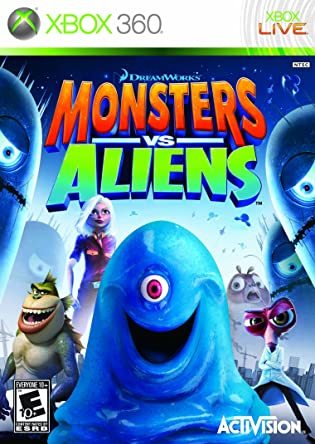 Monsters vs. Aliens is a 2009 action-adventure video game based on the DreamWorks Animation film of the same name. It notably has the voice talents of Seth Rogen, Reese Witherspoon, Will Arnett and Rainn Wilson reprising their roles from the film. It was developed by Beenox and released by Activision for the PlayStation 2, PlayStation 3, Xbox 360 and Nintendo Wii.