Characters from the series.

Introduced in the Movies and specials

Susan Murphy (her monster nickname being "Ginormica") is a normal woman who is hit by a radioactive meteor on her wedding day, causing her to mutate and grow to a height of 49 feet 11 inches (15.21 m). Meek and unassertive, she just wants to return to her old life, but gradually warms up to her new status as a monster. In addition to her size, she is amazingly strong and has a resistance to energy attacks. 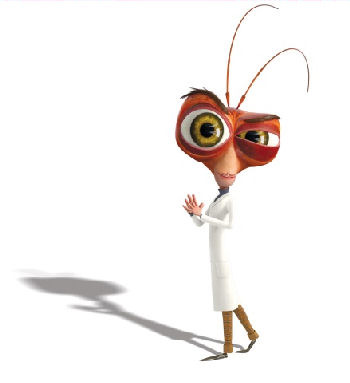 Dr. Herbert Cockroach Ph.D (sometimes referred to by the others as Doc) is a brilliant but mad scientist who, in an experiment to imbue himself with the abilities of a cockroach, ending up with a giant cockroach's head and some cockroach personality, but gained the ability to climb up walls and high resistance to physical damage.

The Missing Link a.k.a. Link 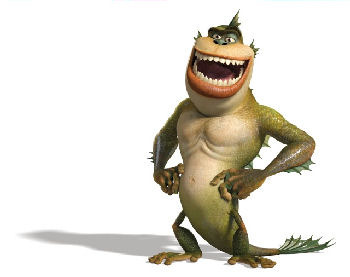 The Missing Link is a 20,000-year-old fish-ape hybrid who was found frozen and thawed out, only to escape and wreak havoc at his old lagoon habitat. Usually referred to as Link, he behaves as a macho jock most of the time, but is out of shape. 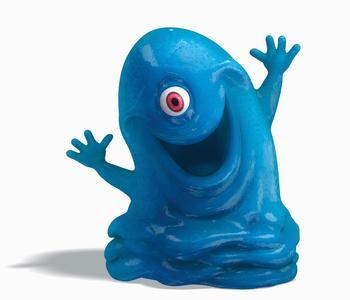 B.O.B. (Benzoate Ostylezene Bicarbonate) is an indestructible gelatinous mass created when a genetically-altered tomato was injected with a chemically-altered ranch dessert topping, the resulting goo gaining some form of consciousness. 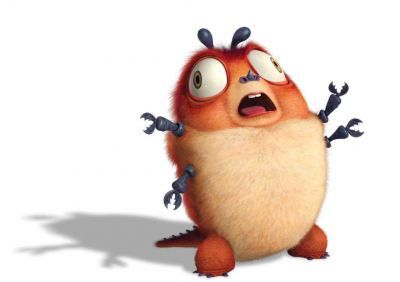 Insectosaurus (nicknamed "Insecto") was formerly a 1-inch (25 mm) grub transformed by nuclear radiation into a 350 foot (110 m) monster with the ability to shoot silk out of her nose, referencing that she is a silkworm. She is best friends with Link, who mistakenly believed that Insectosaurus was male... until she transformed into a butterfly with feminine characteristics at the end of the film. The book The Art of Monsters vs. Aliens confirms that Insectosaurus is indeed female. 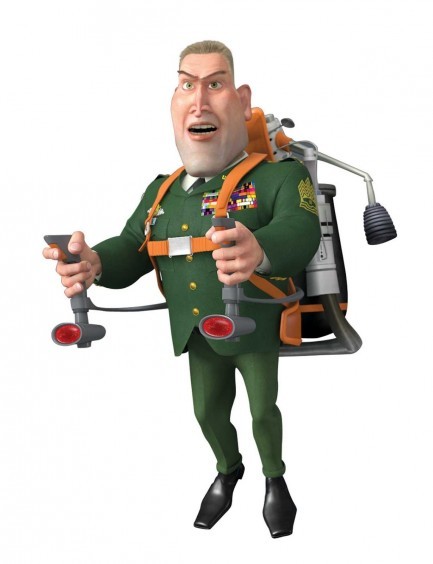 General Warren R. Monger is a military leader who runs a top secret facility where monsters are kept. It is his plan to fight the invading aliens with the imprisoned monsters.

Advertisement:
The Invisible Man
Mentioned in the film and had a brief cameo in "B.O.B.'s Big Break". He supposedly died before the events of the first film.
President Hathaway 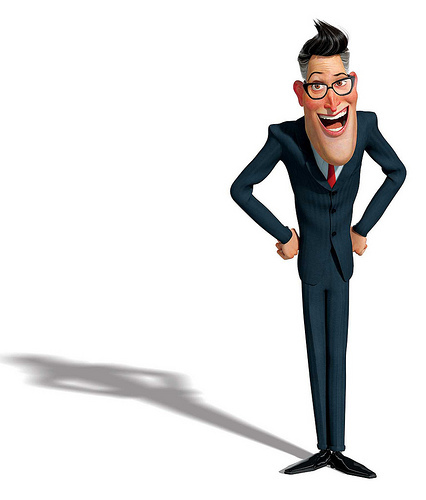 President Hathaway is the impulsive and dimwitted President of the United States. 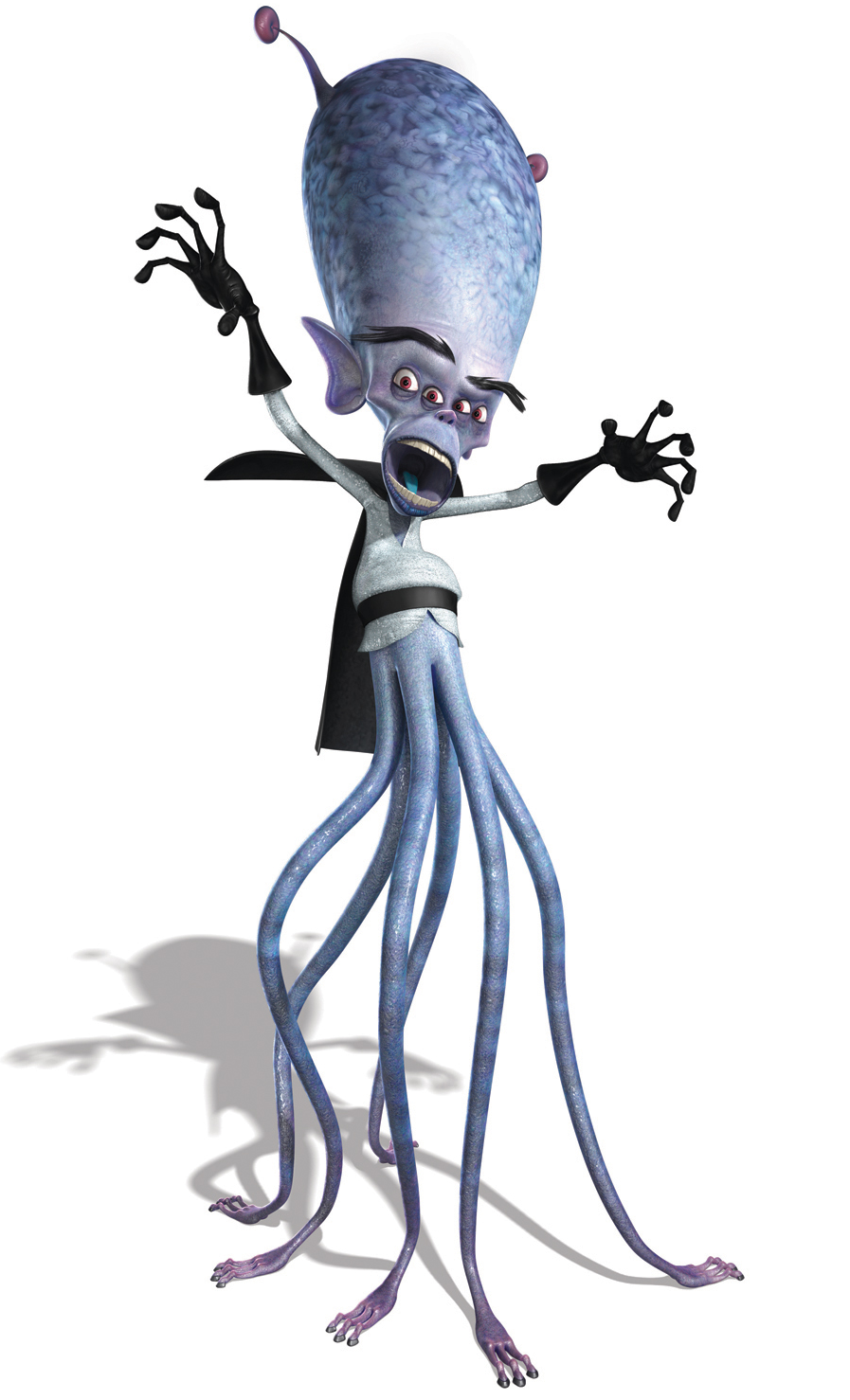 Gallaxhar is an evil alien overlord who hopes to take over Earth and serves as the main antagonist of the film. 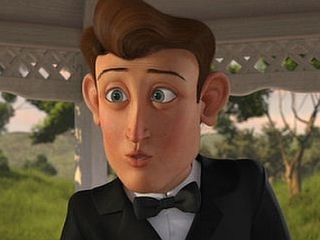 Derek Dietl is a local weatherman and Susan's ex-fiancé. 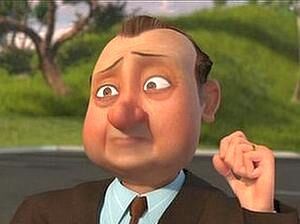 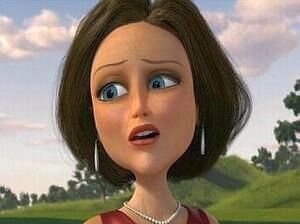 Introduced in the TV series 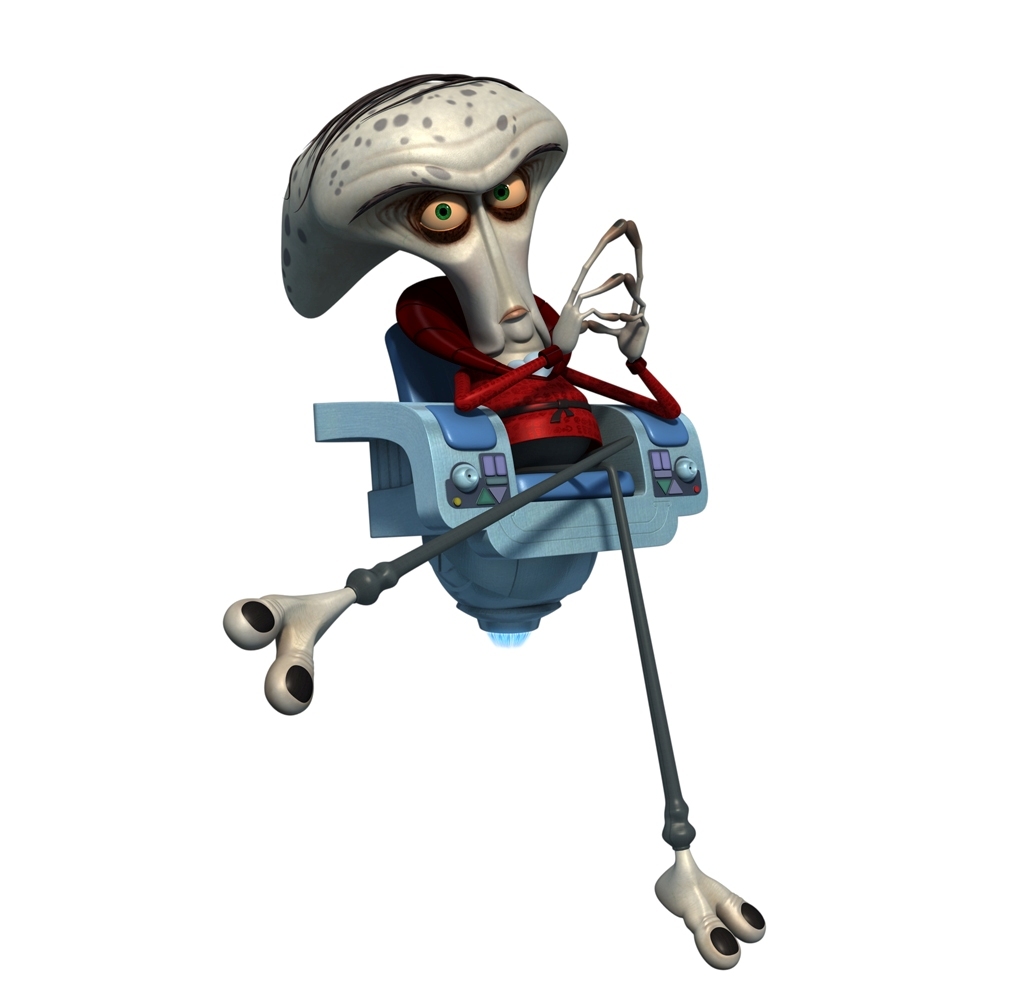 Coverton is a psychokinetic alien who is the main antagonist of the TV series, he uses a floating chair for transportation. 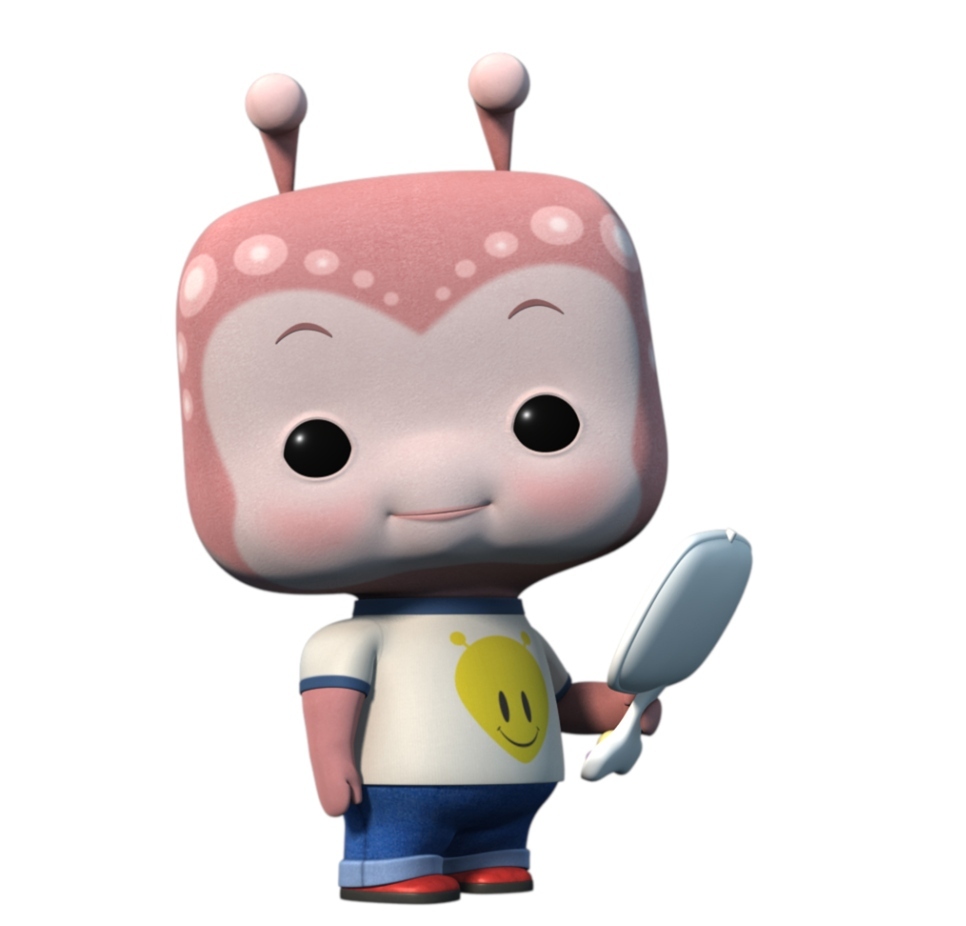 Sqweep is an adorable, intelligent alien child who has come to Earth because she needs to write a report on Earth's dominant species for school. She's rarely referred to with pronouns, but Monger calls her "Miss Sqweep" and B.O.B. calls her a "she" at the beginning of the episode "Number Seven!". 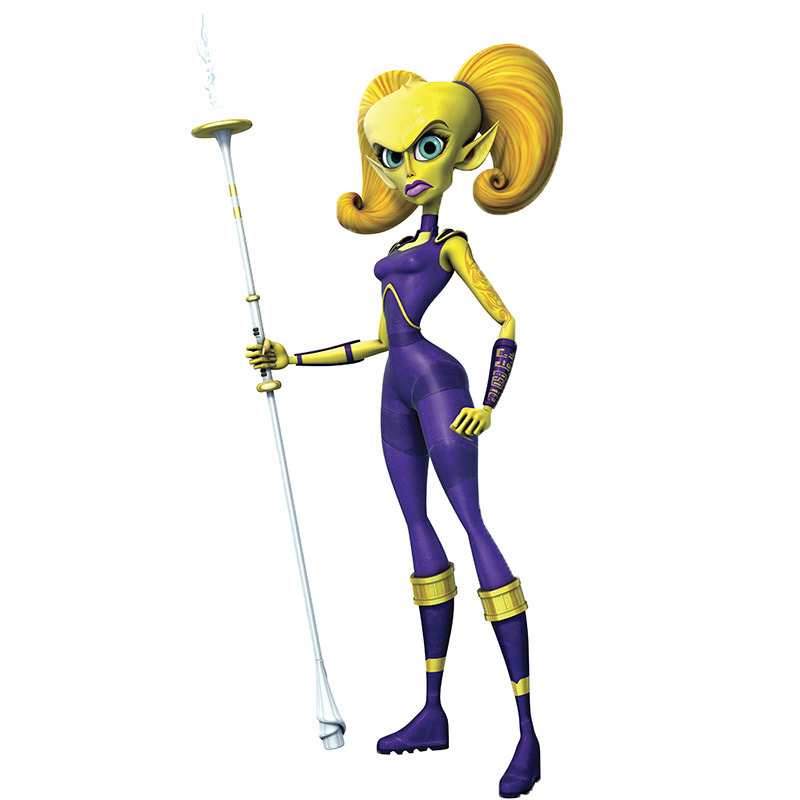 Sta'abi is a hotheaded female alien from a warrior/hunting culture. 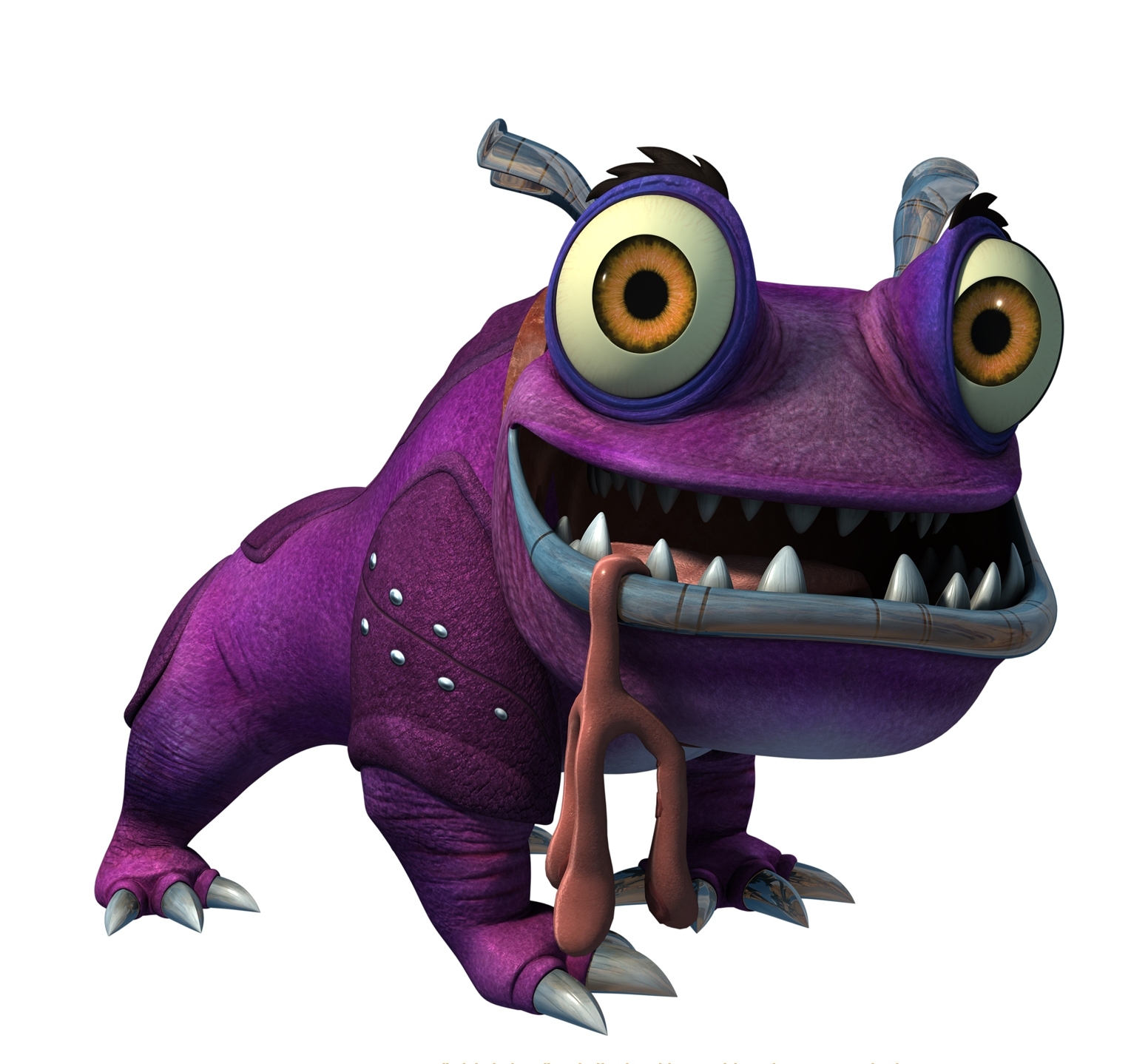 A rambunctious semi-sentient alien, Vornicarn hatched on Earth and briefly incubated inside Link's nose before emerging, rampaging around Area Fifty-Something until Sta'abi captured and tamed him to be her loyal hunting companion. 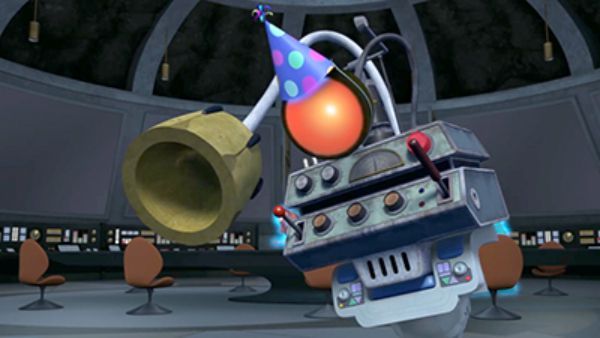 General Monger had the robot built during the cold-war to run the planet in the event of a nuclear holocaust, with said event having never come to past the robot was put into storage for nearly 70 years. 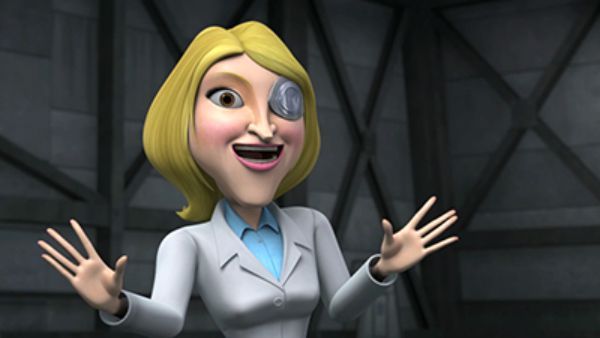 Dr. Cutter is a mad scientist who arrives at Area Fifty-Something, to upgrade the base's technology. However she reveals that she has a secret agenda to dissect Coverton's brain to learn the secrets to telekinesis.