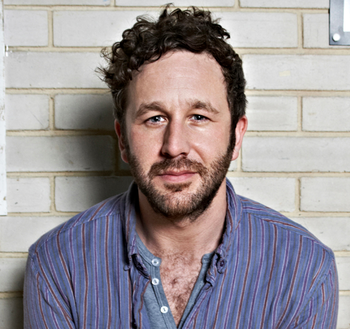 Christopher O'Dowd (born 9 October 1979) is an Irish actor and comedian.

Often cast as the comic relief in his projects, O'Down is perhaps best known for his role as Roy Trenneman on the Channel Four brit com The IT Crowd, which he portrayed from 2006 to 2010, and then once more in 2013. He'd previously recurred on the Irish medical drama The Clinic.

After some bit parts in American films like Dinner for Schmucks, and Gulliver's Travels (2010), O'Dowd's international breakout came with 2011's Bridesmaids opposite Kristen Wiig. From there, he gained roles in major motion pictures like This Is 40, Thor: The Dark World, and The Cloverfield Paradox.

He's also headlined a handful of television series, such as Moone Boy and Get Shorty. In 2014, he made his Broadway debut in the 2014 production of Of Mice & Men, for which he received a Tony Award nomination for Best Actor in a Play.