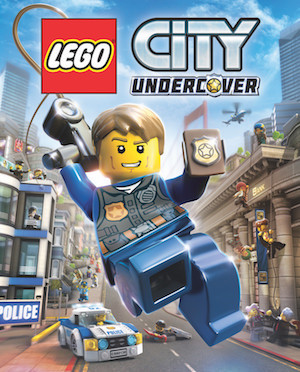 Chase... Chase McCain.
LEGO City Undercover is a Wide-Open Sandbox game developed by Traveller's Tales, released for the Wii U in 2013 and the PlayStation 4, Xbox One, Nintendo Switch, and Microsoft Windows (via Steam) in April 2017. Utilizing the same engine as the LEGO Adaptation Games but, rather than being an adaptation of a famous franchise, is based on LEGO's own original theme, LEGO City with a healthy side helping of Cop Show parody. The game follows the adventures of Chase McCain in his various undercover missions for the LEGO City P.D. and his attempts to track down his archrival Rex Fury, who has recently broken out of prison.
Advertisement:

A prequel game, LEGO City Undercover: The Chase Begins, was released for the Nintendo 3DS a month after the first game.

Like most LEGO games, there is a great deal of tongue-in-cheek humor, along with a Hurricane of Puns, a lot of Shout-Outs, some Mythology Gags and... car theft?