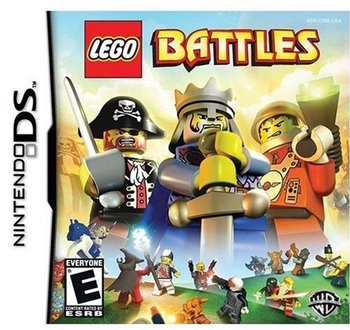 LEGO Battles is a Real-Time Strategy game for the Nintendo DS devloped by Hellbent Games and co-developed by TT Games, released June 9 of 2009. As per any other LEGO Adaptation Game, cutscenes are very tongue-in-cheek, minikits can be found for special characters and red bricks can be obtained for extras or cheats.

The LEGO Themes and Their Campaigns

Examples within the game include: