This page deals with characters from LEGO City Undercover for the Wii U, and its Nintendo 3DS prequel, The Chase Begins. 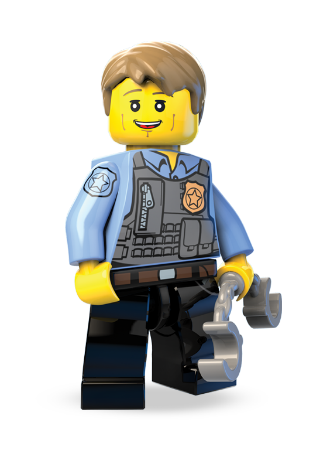 A legend among the police officers of Lego City (at least in Honey's eyes).

After being Reassigned to Antarctica because he revealed Natalia's anonymous witness identity to Rex Fury, he returns at the request of the Mayor due to Rex Fury's escape from prison. Chase will use and do anything in order to get close to the villain. Has a crush on Natalia. 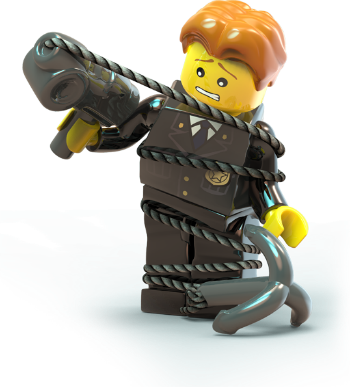 A young and very inexperienced police officer who does way too many stupidities while working that leaves a lot to be desired. He's a complete utter fanboy for Chase and "assists" him in his missions.
Chief Marion Dunby 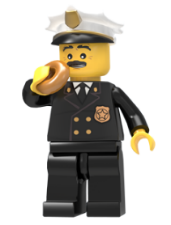 The current chief of police of Lego City, the former deputy during the prequel. He's a complete stubborn chief who dislikes Chase's guts, but Dunby is always under pressure from the mayor and Forrest Blackwell.
Ellie Phillips 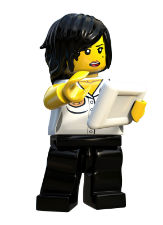 The Gadgeteer Genius of the Lego City's Police Department. She provides Chase with all the intel he needs to clear his missions.

Antagonists and Other Criminals 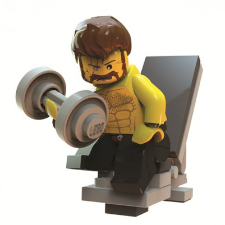 The Big Bad of The Chase Begins and Undercover until you find out in the latter that he works for Blackwell behind the scenes. He's an extremely dangerous criminal who starts a wave of crimes across the entire city.
Blue

One of the shady prisoners from Albatross Island who knows about Rex Fury's escape from prison. He's into Jail Bake to use goods, though his recipients often don't realize this until they eat the smuggled items.

The leader of one of the two mafias of Lego City, his having a triad theme going on. He owns a scrapyard and is known for evading the police quite frequently until Chase rescues Natalia from them.

The leader of one of the two mafias of Lego City, his having a The Godfather theme going on. He owns a popular ice cream factory and an ice cream parlor, though he secretly has his own men steal important valuables for his secret buyers.

Vinnie's right-hand man who carries out most of the thefts across the city to obtain the valuables for the secret buyers.

An intrepid reporter who was in love with Chase until he screwed her up by revealing her witness identity to Rex Fury. In Undercover, she dyed her hair blond to stay anonymous, yet she still gets in danger anyway.
Mayor Gleeson

The mayor of Lego City in Undercover and former chief of the police department in The Chase Begins. She's the one who calls Chase to arrest Rex Fury.

A multi-billionaire who wished to construct an apartment block with a shopping mall in Bluebell Park until the discovery of a rare squirrel (most likely the same one Duke Huckleberry has in his post) denied him the chance. This little incident turned him into a very bitter person, resulting in him enlisting Rex Fury's help to start a wave of crimes across the city to fulfill his wish...and even more than that.

The foreman at the construction site in Paradise Sands. He enjoys watching old movies and has an identical twin brother named Werner.