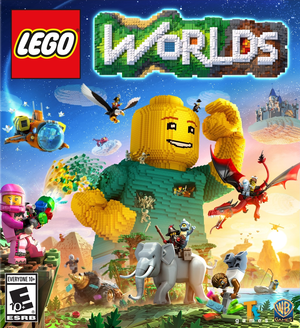 LEGO Worlds is a 2015 sandbox game where you can build a LEGO world made entirely of LEGO bricks.
Advertisement:

Released very quietly in June 2015 in Early Access on Steam

. It received a full release on March 7, 2017 for Microsoft Windows, PlayStation 4, and Xbox One, with a version for the Nintendo Switch releasing later on.

Tropes found in LEGO Worlds include: