This page lists characters in the television series Red Dwarf. 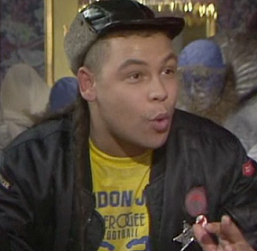 Liverpudlian bum and all-round slob, Third Technician David Lister was discovered under a pool table as a baby. He is a fairly competent man, but has a complete and utter lack of ambition and is quite happy in his slobby routine. Lister was the sole survivor of the Cadmium-2 leak which wiped out the crew of Red Dwarf, because he was serving eighteen months' "temporal stasis without pay" for smuggling a cat onto the ship. 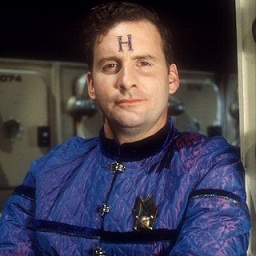 Lister's immediate superior, Second Technician Arnold Rimmer (B.S.C., S.S.C.) is an ambitious but unpleasant and almost universally hated underachiever. Born on Io, Rimmer was loathed by his brothers and classmates, who went on to achieve great things while he remained a lowly Second Technician. Any references to his underachievements are immediately blamed on mitigating circumstances. He includes his only two achievements after his name, B.S.C. and S.S.C. (which stand for Bronze Swimming Certificate and Silver Swimming Certificate). He steadfastly believes in the existence of aliens and attributes any unexplained events to such aliens. It was Rimmer's incompetence which led to the leak, killing him and the other crew members. Rimmer was resurrected by Holly as a hologram after Lister's stasis.

Earning his highly-respected father's approval lays heavily on Rimmer's mind, and is one of the larger reasons why his self-loathing is so enormous, and yet his ego so similarly massive. 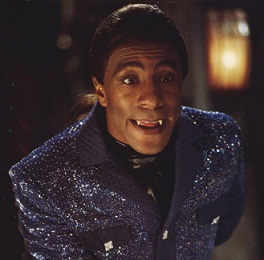 Cat (sometimes The Cat) is the last known member of Felis sapiens (also spelt Felix sapiens), a species which evolved from the kittens of Lister's pet cat Frankenstein. Cat is known for his outlandish fashion sense, and gauges danger by how it will affect his looks. 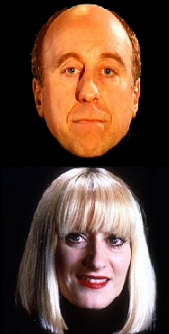 Red Dwarf's computer, Holly starts off amazingly intelligent with a purported IQ of 6,000. However, he has become senile before Lister's return to non-stasis. After an encounter with his counterpart from an alternate universe, a blonde female named Hilly, Holly performed a sex change on himself. 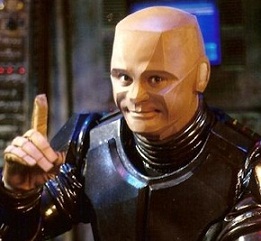 Kryten is a 4000 series mechanoid. He was encountered by the crew on the wreck of the starship Nova 5, where he had obediently served his three female owners, not realising they had died on landing. Although, in the novels Kryten is actually the cause of the crash as he scrubs the computer's motherboard and guidance system out with hot soapy water as a nice surprise, causing it to malfunction and randomly spout French poetry. Kryten was helped to break his programming by Lister and eventually chose to oppose Rimmer, before leaving on Lister's space bike. He crashed and was rebuilt by Lister, giving him a new accent and new programming. 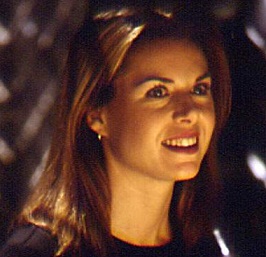 Navigation Officer Kristine Kochanski was Lister's partner, who perished along with the other crew members. Shortly after Rimmer's departure from Starbug, the crew encountered an alternate version of themselves where Kochanski had survived the leak instead of Lister. Kochanski was saved from falling into a dimensional vortex by Lister, but the vortex closed, preventing her from rejoining her crew. 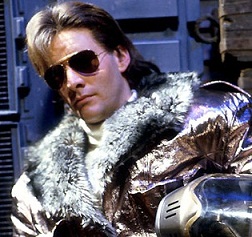 Pandimensional super-hero, Ace Rimmer is Rimmer's counterpart from another dimension. Ace was held back at school, which spurred him on to succeed. Any non-Rimmer character may remark 'what a guy!' upon meeting Ace. 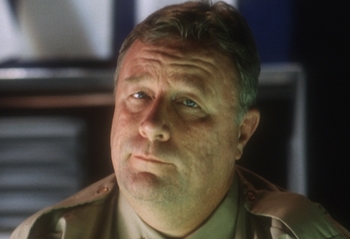 The overweight captain of Red Dwarf who is killed off (along with the rest of the crew bar Lister) halfway through the first episode. Hasn't stopped him being the most frequently recurring non-main cast member. 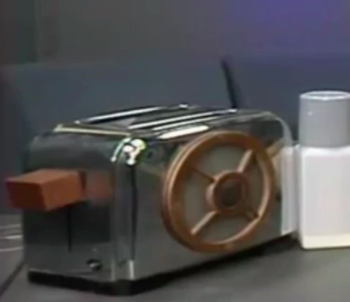 A very minor, but very well-remembered, character, Talkie Toaster belongs to Lister, is equipped with artificial intelligence and, to the annoyance of everyone, completely obsessed with making toast. Was destroyed off-screen by Lister sometime during the first two series and rebuilt (with a completely different voice and appearance) by Kryten in Series IV. It's not clear if Talkie Toaster is defective, or if it's just because the product is so cheap ($₤19.99, plus tax). Way too cheap. And way too nasty. 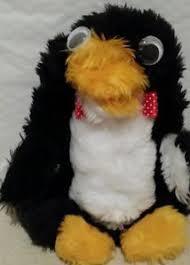 Another minor character who has achieved surprising fame despite his lack of screen time, Mr Flibble is a penguin hand puppet used by Rimmer when under the influence of a holovirus. Is known for his capacity to become very cross. 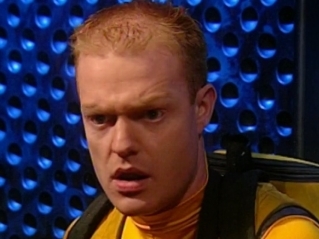 A prisoner in Red Dwarf's brig who volunteers for the Canaries and accompanies the main characters on several suicide missions. He's quite unstable and longs for some action. 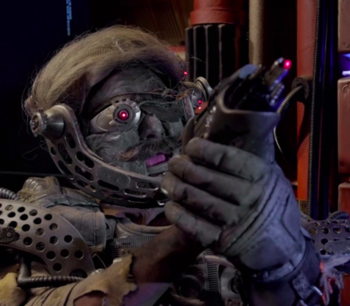 A rogue droid appearing in Series X episode "The Beginning", though unlike other insane robots he doesn't seem overly bothered about actually killing the Dwarfers. He's more interested in trying to convince them to take part in duels across time and space. 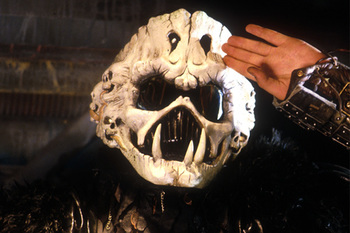 An extremely powerful simulant who, according to legend, survived to the end of time itself. Concluding that there was no God or afterlife, and that the only purpose of existence is to lead a worthwhile life, he embarks on a mission to judge everyone who has ever lived. Those he deems to have wasted the gift of life are erased from existence, and replaced with people who weren't fortunate enough to be conceived. Unsurprisingly, this includes numerous members of the Red Dwarf crew. 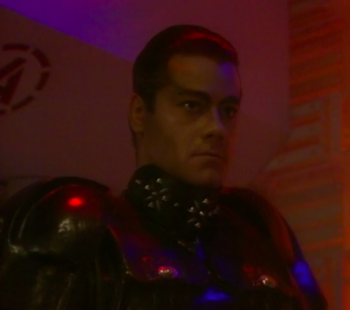 An android who arrives as Kryten's replacement. Unfortunately, the time spent alone on his journey have taken their toll on his sanity. 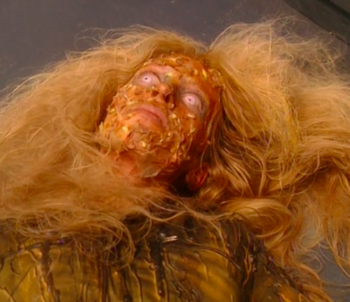 A virus that Lister becomes infected with. A rival to the nicotine patch, it instead kills its victims. It's actually sentient and the crew patch in the universal translator to try and reason with it. 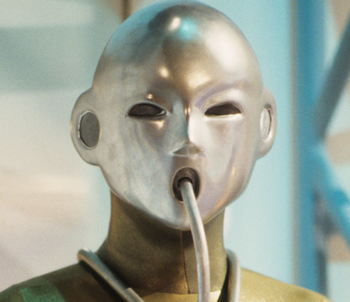 A gestalt entity that imprisons the Dwarfers on his station. Made up of their combined intellects, he requires company to be anything but a mindless essence. 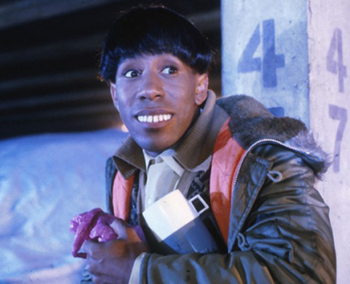 The Cat's dorky alter ego, he first appeared in "Back To Reality" and then showed up in various ways over the years, including the Can't Smeg, Won't Smeg special. 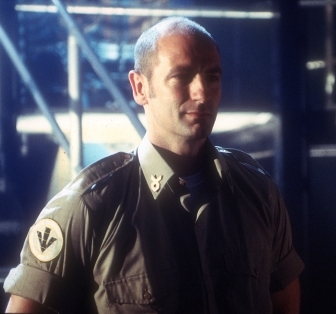 The sadistic warden of the Tank, he sets out to make life hell for the Dwarfers during their two-year stint. 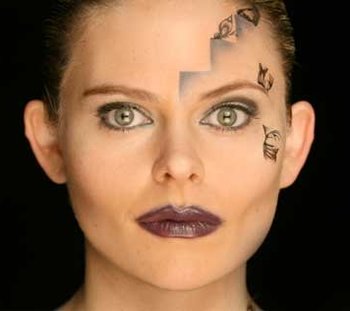 A computer salvaged by the crew from a derelict, which they install aboard Red Dwarf to replace Holly. She has predictive functionality, which allows her to predict what the crew would do and perform that task without needing to consult them. 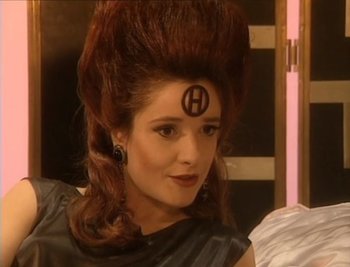 A brilliant and beautiful hologram serving aboard the holoship Enlightenment. Despite coming from a culture that disdains emotional attachment, especially when it comes to sex, she and Rimmer fall in love with each other.

The maintenance robots of the Red Dwarf, and frequently serving as Rimmer's hands before his hard-light upgrade (much to their displeasure).

Rodon
The leader of the Feral Cats, current ruling power of the Felis sapiens species. Fancies himself as a god-king and has outlawed the worship of Cloister.