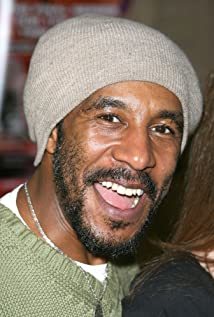 Danny John-Jules (born 16 September 1960 in Paddington, London) is an English actor, singer and dancer. Since 1988, he has played the character of the Cat in Red Dwarf. He and co-star Craig Charles are the only actors to have appeared in every episode. In 1993, he released a song from the show called "Tongue Tied". The song peaked at number 17 in the UK Singles Chart.

His other roles include Barfly Jack in Lock, Stock & Two Smoking Barrels, Asad in Blade II, Barrington in Maid Marian and Her Merry Men, Lenny Bicknall in M.I. High and Dwayne Myers in Death in Paradise.