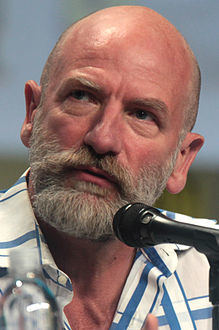 Graham James McTavish (born on 4 January 1961 in Glasgow, Scotland) is a Scottish television and film actor and voice actor. Surprisingly (given the depth of his resume), McTavish never took any drama classes or had any formal acting training; everything he's learned has been in the course of his career.

He is best known for his roles as Dwalin in Peter Jackson's The Hobbit trilogy, Dougal Mac Kenzie in Outlander, the Marvel Comics villain Loki in Hulk Vs. Thor and The Avengers: Earth's Mightiest Heroes, Count Vlad Dracula Tepes in Castlevania (2017), and The Saint of Killers in Preacher (2016). His other roles include antagonist Joseph Bertrand III in Infamous 2, the psychopath war criminal Zoran Lazarevic and newcomer Charlie Cutter in the Uncharted video games (particularly the first one and the second one). He also provided additional voice work for multiple video games, among them Heavenly Sword, Quantum of Solace, Call of Duty: Black Ops and Star Wars: The Old Republic.

Some of Graham Mctavish's more notable roles include: