Western Animation / The Witcher: Nightmare of the Wolf 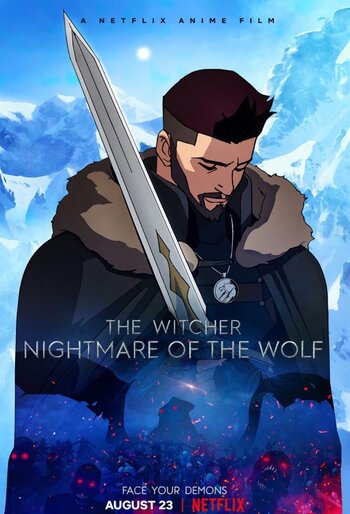 The Witcher: Nightmare of the Wolf is an adult animated film animated by Studio Mir, based on the The Witcher series of books. It stars Vesemir, and serves as a Prequel to the Netflix series.
Advertisement:

After saving a young boy from a Leshen, Vesemir (Theo James) suspects that the monster was controlled by someone after it says something in old speech. He's forced to work with Tetra Gilcrest (Lara Pulver), a witch with a hatred of witchers. The movie goes into detail about how he became a witcher.

The movie premiered on Netflix on August 23, 2021. A month later a second movie was announced.