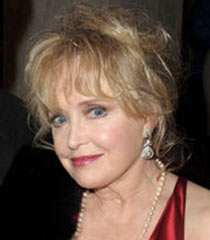 A rare Woman of a Thousand Voices, Julie McWhirter (born October 12, 1947 in Indianapolis, Indiana) hails from Indianapolis. She has been Happily Married to radio announcer Rick Dees since 1977.

McWhirter began her voice acting career with Hanna-Barbera in the early 1970s, in Jeannie. Her other H-B credits include Jabberjaw, Casper and the Angels and The Little Rascals. She also voiced Kanga in Disney's Winnie the Pooh and a Day for Eeyore. Her few live-action TV credits include the Saturday Morning Kids Show Wackonote not "morning", exactly, as it aired at noon ET on CBS, and several appearances on The Hollywood Squares in 1976 and 1988.

; at present, it has only two videos.

Her works on TV Tropes