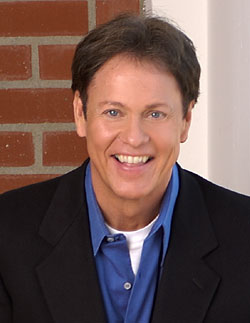 "Try your luck. Don't be a cluck!"
Advertisement:

Rick Dees (born Rigdon Osmond Dees III, March 14, 1950) is an American radio host. His Weekly Top 40 competed with Casey Kasem's American Top 40. Dees also contributed to the USA Today syndicated radio program, as an entertainment reporter. He is also well known for his #1 hit single "Disco Duck," a Satire of the Disco trend, credited to Rick Dees and His Cast of Idiots. He has been married to voice actress Julie McWhirter since 1977.