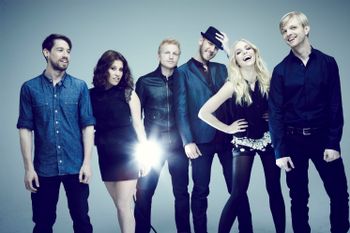 Delta Rae is a six-person southern rock group from Durham, North Carolina. The band consists of three siblings (Eric, Ian, and Brittany Hölljes), along with singer Elizabeth Hopkins, bassist Grant Emerson and percussionist Mike McKee. Their music is characterized by strong, intricate vocal harmony and driving percussion, and themes of duality (especially life facing down death) run through their work.