open/close all folders
Light and his allies 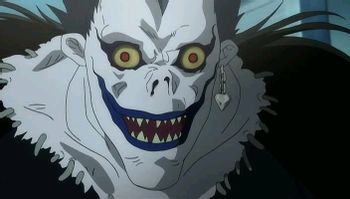 Light's Shinigami sidekick, and the one who dropped Light's Death Note on Earth in the first place. Despite his terrifying appearance, he's mostly harmless (unless he gets bored), and has a fondness for apples. He tells Light about various rules of the Shinigami Realm, sometimes at extremely inconvenient times. 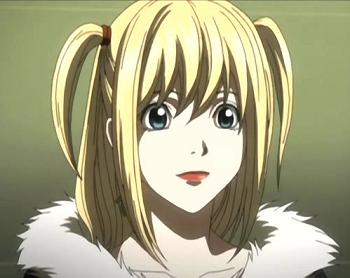 The second Kira, an internationally famous model and pop star who started out as Light's Stalker with a Crush since, as Kira, he killed the burglar that murdered her parents when she was a little girl, thus making her feel indebted to him. She has one hell of a messed up lifespan due to multiple shinigami sacrificing their lives for her and her multiple exchanges for the Shinigami Eyes. She and her shinigami, Rem, helped Light, but not before dragging him through a series of events, both good and bad, started by her carelessness. 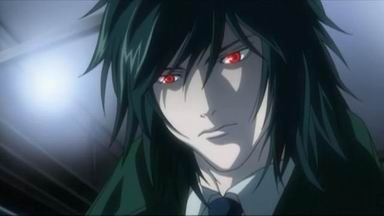 Holds a view of morality more black-and-white than a zebra and penguin musical in the 1920s. Has even more of a flair for the dramatic than Light, if that's even believable, and worships Light as the true God. 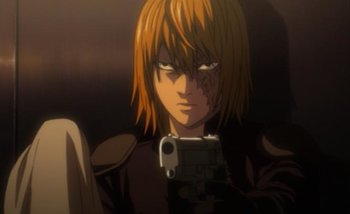 A handsome but dangerous young man with a massive inferiority complex. Briefly after the timeskip, having resigned himself to the fact that he cannot work with Near, he sets up a gang of Mafia members even Kira hasn't noticed who abduct the head of the Japanese police department from whom- following a spot of torture- he deduces that there are two Death Notes within the human world and vows to acquire both of them to stop Kira once and for all before Near does.

Besides being in the manga and anime, Mello also appears in the spin-off prequel novel, Another Note, where he acts as the narrator.

In stark contrast to Near and L, Mello is extremely dynamic and a ruthless mob boss, but just as brilliant as Near. Also, he likes chocolate. 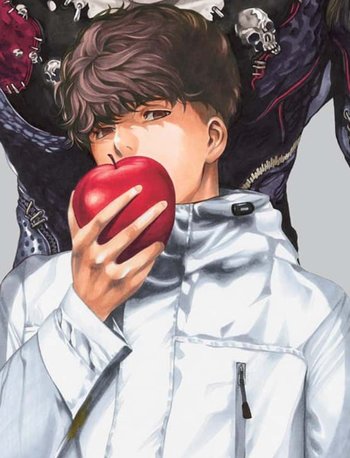 The main protagonist of Death Note Special Chapter, set nine years after Light Yagami's defeat and subsequent demise. Ryuk chooses him as the new owner of the Death Note at the beginning of the story, after learning he was the smartest middle schooler of Japan.

After learning its rules from Ryuk as well as the events of Death Note years ago, he decides to give up his ownership for another two years before promising him to use it, along with some apples. But not in a way one would expect.