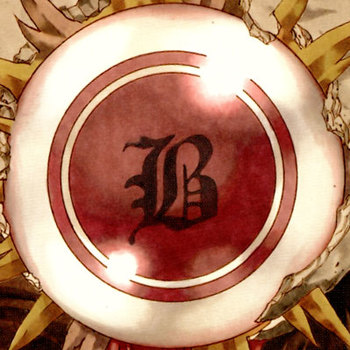 The villain in the prequel novel Death Note: Another Note: The Los Angeles BB Murder Case.
Advertisement:
A

A student at Wammy's House in the prequel novel Death Note: Another Note: The Los Angeles BB Murder Case.

The 13-year-old protagonist of the Death Note Pilot chapter (which takes place in a different continuity than that of the main series). Technically, this makes him the first of the Kiras.

Mikami's appearance, but not his personality, was based on Taro's.

Characters only in movies

Light's girlfriend in the live-action movie.

The antagonist of the 2016 film, Death Note: Light Up the New World. A cyber-terrorist who idolizes Kira.

Ryuzaki II
L's counterpart for the new film. Named as "Ryuzaki" in promotional material.
Tsukuru Mishima
A police officer who finds himself caught in the conflict between Ryuzaki and Shien.—-
Arma
A newly introduced Shinigami for the 2016 film.