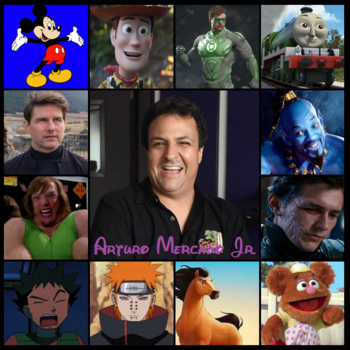 His wife (Diana Galván Santos) as well as his mother-in-law (Diana Santos) are also voice actresses.

As the VA for Tom Cruise: