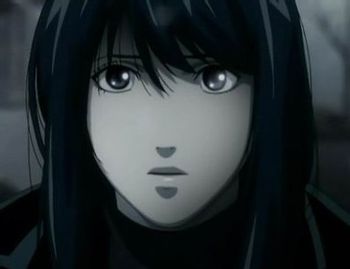 Raye Penber's fiancee and former FBI Agent who worked under L in the L.A.B.B. murder case. 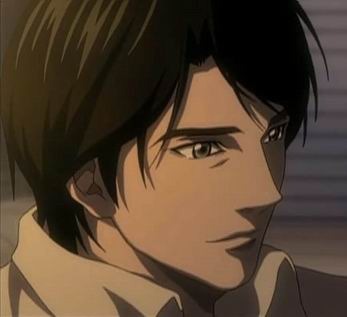 The FBI Agent who was tailing Light. 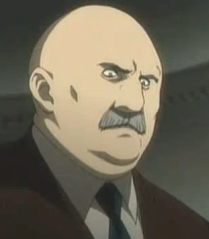 The Director of the FBI. He authorizes sending several agents to Japan at the beginning of the Kira case, but abandons the project after Light kills all of them. He later joins the SPK but is killed by Mello and Rod Ross via their Death Note. 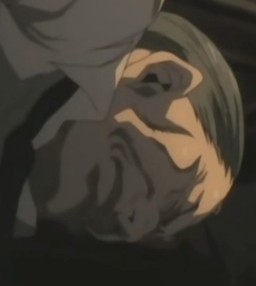 The Director of the National Police Agency. He is kidnapped by the mafia as part of their gambit to acquire the Death Note and then commits suicide, presumably after Light writes his name down. 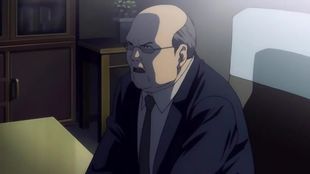 The Deputy Director of the National Police Agency, and Soichiro's immediate boss. He and his family were among L's initial suspects suspected of being Kira, but despite his aggravation at his daughter being investigated, he still supported Soichiro. However, he was forced to call off the Kira investigation after being pressured by politicians who were threatened by Kira and bribed by Yotsuba executives. 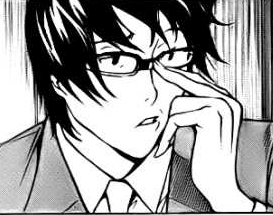 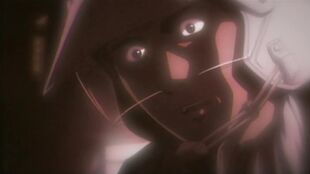 A motorcycle cop who has the misfortune of encountering Higuchi, who kills Yukito via his Death Note. 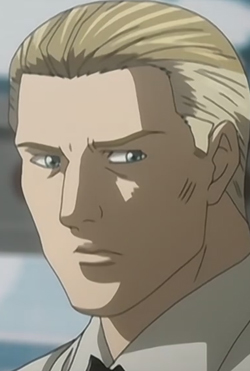 Commander of the SPK, Rester is an honest person who has Near's complete trust, so much so that he reveals some of his thoughts and plans to Rester only. He also helps Near with things he can't do for himself, such as booking a flight on a plane. Appears in the one-shot special in the manga along with Lidner. 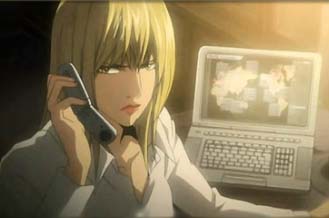 A former Secret Service agent who works for Near as part of the SPK. She joined the SPK to avenge one of her relatives who had been killed by Higuchi at the time when he acted as Kira. She leaks information to Mello about the investigation, as she reasoned that Kira would be caught faster under their combined efforts. Later, she was chosen to infiltrate the bodyguard unit that protects Kiyomi Takada. In the one-shot chapter set three years after Light's death, it is revealed that she and Rester continue to work with Near. 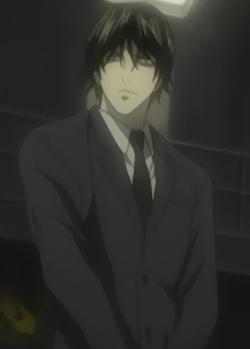 A member of the SPK, Gevanni is a skilled lock-picker, stalker and counterfeiter. He tails Teru Mikami when Near suspects him to be X-Kira and plays a vital role in Near's plan to beat Light once and for all.

An FBI and SPK agent sent to obtain the Japanese Death Note. 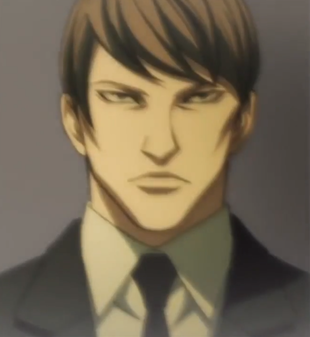 Mello's mole in the SPK. Ratt feeds the mafia information on the SPK's activities, but is ultimately killed by them to cover Mello's trail. 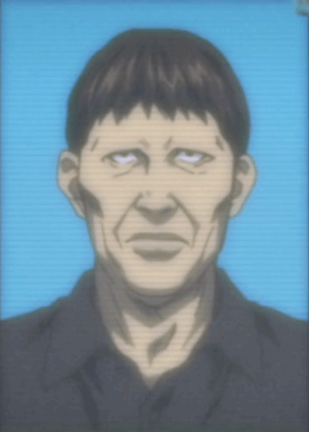 A man who took hostages inside an elementary school and who became Light's first victim. 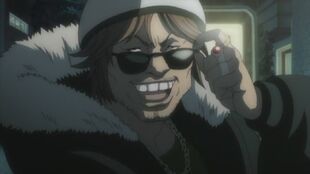 A motorcyclist who harassed a woman in the street and who became Light's second victim. 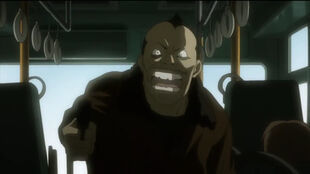 A man who was controlled by the Death Note into hijacking the bus carrying Light and Raye Penber, allowing Light to get Raye's name. Osoreda then inadvertently grabbed a fragment of the Death Note, saw Ryuk, and was terrified into fleeing the bus where he was run over by a car. 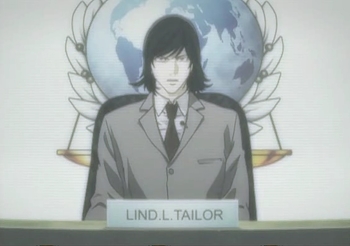 A man on Death Row who pretended to be L in a gambit to draw Light out. The gambit worked and Light killed Tailor, inadvertently revealing that he was in the Kanto region of Japan (the only place where Tailor's message was broadcast).

Ginzo Kaneboshi
A loan shark known for the cruel actions he will take to get his money.
Ryotaro Sakajo

Misa's stalker, given a name in the live action movies. Killed by Gelus. 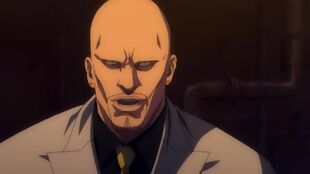 The boss of The Mafia that works with Mello. 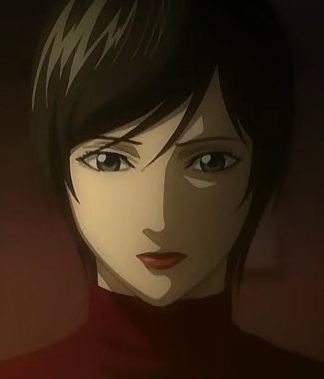 A popular and pretty young woman whom Mikami chose to be Kira's spokesperson. She was the girl whom Light briefly dated once to hide his connections with Misa; the authors later "forgot" about her... and once they recalled her, they brought her back. Light gets in contact with her to gain access to Mikami, seducing her with a promise to make her the goddess of the New World. Eventually, Mello kidnaps her, and then Light kills her - Mikami would have killed her, if Light hadn't done it first - after she kills Mello to prevent any evidence from being gotten from her. 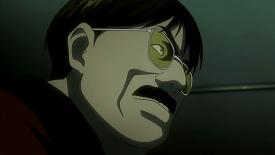 Demegawa is director of Sakura TV, a Japanese news channel that is notoriously unreliable and sensationalistic, and he shamelessly seeks to exploit the Kira case. He is first seen attempting to broadcast the video tapes Misa sends to his network to get Kira's attention, although Soichiro puts a stop to that. After the Time Skip, he becomes Kira's supporter and self-appointed spokesman, creating and hosting the Show Within a Show Kira's Kingdom.

Koki Tanakabara
A news anchor for NHN. Seen in one scene in Episode 11, where he denounces Kira's actions on live television.

David Hoope
The President of the United States. He attempts to work with Light to take out the mafia, but their plans are foiled by the mafia's shinigami. Hoope then shoots himself, ostensibly in fear of being controlled by the mafia's Death Note into launching nuclear weapons, but it's heavily implied Light did this to cover his tracks.
George Sairas
Voiced by: Aruno Tahara (Japanese), Michael Dobson (English)

The Vice President of the United States, who ascends to the presidency once Hoope dies. Sairas surrenders to Kira and disbands the SPK rather than risk his own life.

Joe Morton
A military commander who leads a squad to attack the mafia's hideout. He is killed along with the rest of his men thanks to the mafia's Death Note and the shinigami Sidoh.
Donald Trump
The President of the United States who has assumed office a decade following the Kira case. When a new Kira surfaces and decides to auction off the notebook to the highest bidder, he becomes determined to buy it on behalf of the United States government. 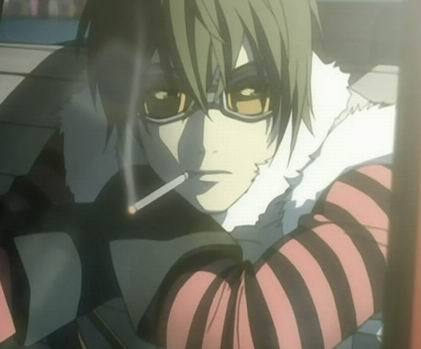 Linda
An artist and another of the Wammy orphans. She draws the portraits of Near and Mello that are seen in both the manga and anime.
Roger Ruvie
Voiced by: Hiroshi Otake (JP), Ron Halder (EN), Francisco Alborch (Spain) 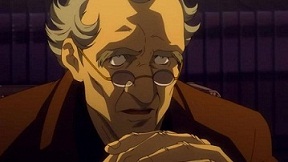 A friend of Watari's, and the caretaker at Wammy’s House. At the end of the series, he becomes the new Watari for Near. 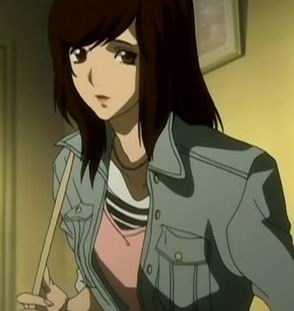 Light's little sister, who has the bad luck of being a normal kid in this messed up environment. She's completely unaware of her brother's occupation as Kira. After her horrible kidnapping by Mello, she ends up catatonic and in a wheelchair. The writer says she's getting better at the end of the manga. 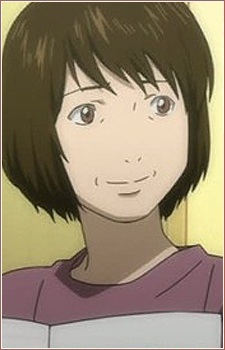 Soichiro's wife and Light and Sayu's mother. Like Sayu, she is completely unaware of Light's identity as Kira.

In General
A group of businessmen working under the Yotsuba Corporation, they're brought together when they realize that, based on recent patterns in the new Kira's killings, he's actually among them. They meet once a week to discuss targets for Kira to kill. As the noose around the third Kira's neck begins to tighten, they are forced to react accordingly. Ultimately, once the third Kira is killed, they attempt to reform for better purposes, but are taken out by Light instead.
Kyosuke Higuchi/Yotsuba Kira 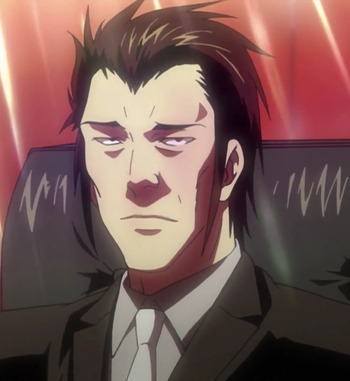 The third Kira and the main antagonist of the Yotsuba arc. He's a member of the Yotsuba Group as the head of the technological development, but isn't as competent as his colleagues. He's obsessed with gaining social status, power, and wealth, which made him the perfect pawn for Light's Memory Gambit to clear himself and Misa of suspicion. After his arrest, Light kills him to regain control of the notebook. 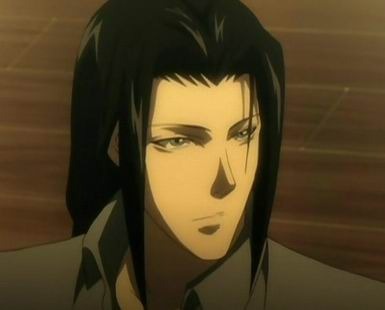 A member of the Yotsuba Eight.

C-Kira
A new Kira who appears in the bonus chapter. They use Midora's spare Death Note to kill the elderly that wish to die, but they eventually kill himself after Near bluntly dismisses them.
Hideki Ryuuga
A famous teen idol and pop star that Sayu fangirls over.
Yuri
Voiced by: Ami Koshimizu (JP), Lalainia Lindbjerg (EN), Elisa Beuter (Spain), Nallely Solís (Latin America)

A girl that Light asks out on a date to Spaceland as part of his plan to get Raye Penber's name.