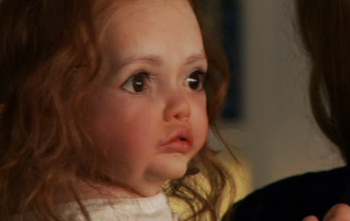 This animatronic baby was almost used in the Twilight movie series. Fortunately for our dreams, wiser heads prevailed...

Movies with their own pages