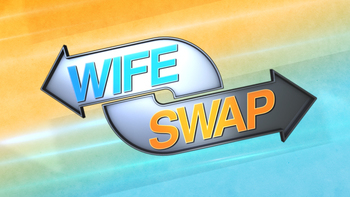 Series on ABC based on a programme of the same name from the United Kingdom whose premise involves two wildly-different families swapping wives for a two-week period. The series ended in August 2010 after 123 episodes, only to return in January 2012 as Celebrity Wife Swap, with another revival premiering in 2019 on Paramount Network.