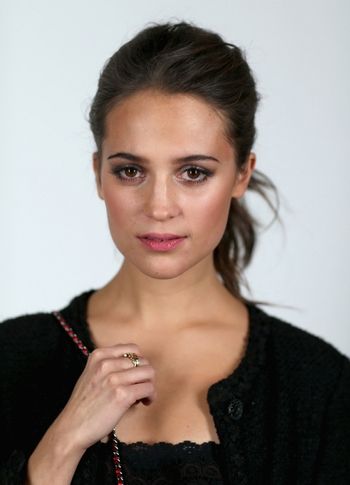 She earned international fame for her work in The Fifth Estate, Ex Machina, The Man from U.N.C.L.E. and The Danish Girl.

She's been married to Michael Fassbender since 2017. Their first child was born sometime in early 2021.

Vikander and her work provide examples of: