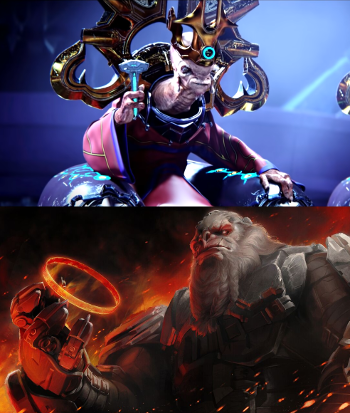 From Lean and Mean to Large and in Charge.note Top: the Prophet of Truth, bottom: Atriox.
Advertisement: