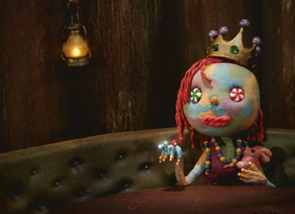 "Have you ever met my candy wife?"