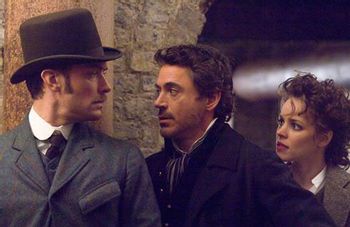 The real mystery in these movies is which character is Sherlock's real love interest.
Advertisement:

These examples have their own pages:

This page contains examples from