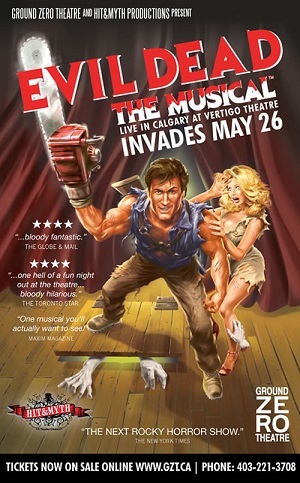 A Canadian rock musical based on the Evil Dead films.

Five college students decide to spend some time in a cabin in the woods. They unleash demons, and sing and dance about it.

This musical has examples of: