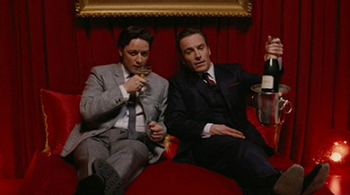 Just lying in bed together at a strip club. Like you do. No homo...
"It is a little bit of a mini-tragedy that him and Magneto don't, you know, have sex and become married and become best friends."
—James McAvoy