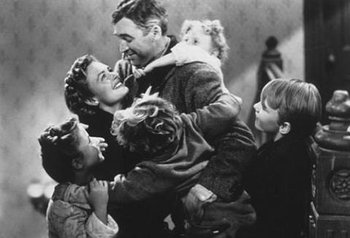 It's a Wonderful Life indeed.
Luke Skywalker: No, you're coming with me. I won't leave you here. I've got to save you!
Anakin Skywalker: You... already have, Luke. You were right... you were right about me. Tell your sister, you were right.
— Star Wars Episode VI: Return of the Jedi
Advertisement:

Cinema has over a century's worth of making people go "Awww".

Films with their own pages