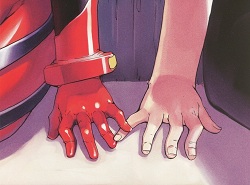 Heartwarming Moments in Fan Works, because stories can still play your heart like a lyre, even if they aren't canon.

open/close all folders
Fan Works with their own pages:
Advertisement: