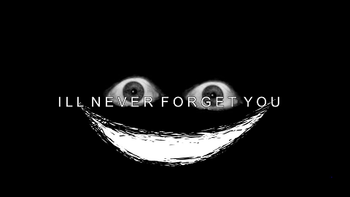 Not all nightmares are officially published. In fact, often the only things scarier than a professional writer's nightmares are what the fandom can build from them.
Advertisement:
open/close all folders