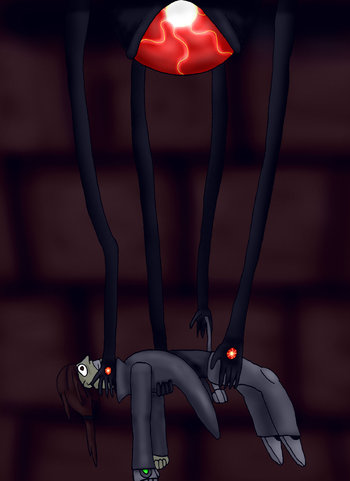 This is what happens when you combine a Sith tomb on Korriban and a PTSD-afflicted Jedi.note The good news is that this is only an illusion. The bad news is that the way Dark Side hotspots work means this is real to Zolph and would have killed him if he had come alone.
Advertisement:

Sometimes, the things that Zolph Vaelor experiences in this trilogy can make the Del Rey Legends books seem tame by comparison and make the Teen rating it is given on some websites seem dubious at best.

open/close all folders
General
Episode I