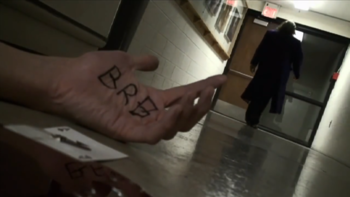 At least he really will be right back...
For a web production that is thematically referencing the take of Christopher Nolan on a realistic Batman mythos, The Joker Blogs does a great and very creepy job at portraying the incarcerated Joker in a very disturbing light....and not only often making him even more disturbing than usual, but showing the impact he has on quite a few other prominent characters.
Advertisement: