Anime / Jack and the Witch 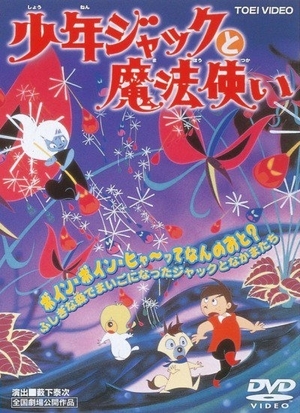 Back in 1967, Toei Animation made a feature-length animated film in between a couple of Cyborg 009 movies. This movie was called Shōnen Jakku to Mahōtsukai, which directly translates to The Boy Jack and the Witch. A few years later, this was brought over to America, where it was dubbed by American International Pictures, and became a perennial favorite on local Los Angeles station KTLA-TV, where it was shown every All Hallows' Eve.

Sadly, the English dub has yet to receive an official DVD release, but it can be found if you look hard enough.